Benjamin Franklin is one of the most innovative, influential, and accomplished people to ever live. He understood everything is training for something. I’m not aware of where or how he learned it, but he began to demonstrate it in his teenage years while an apprentice at a print shop.

He would read entire articles of the best writing he could find (usually from The Spectator), write down one or two sentences of primary points, and days later rewrite the articles from memory in his own words and structure, attempting to express the same ideas.

He would compare the original to his version, noting the differences and gaps. Again and again he did this. Each time seeing where his strengths and weaknesses were, how he lost or improved the ideas, and training himself with every rep.

He learned how to expand his vocabulary, how to see the same ideas from multiple angles, how to store and retrieve information in his mind, how to simplify complex information, how to connect ideas that have never been connected before, and how to communicate with different people for different purposes.

I doubt during the early years of this practice Benjamin Franklin knew he was training to one day draft the Declaration of Independence and the US Constitution or to invent bifocals and discover the Gulf Stream across the Atlantic Ocean.

But he was and eventually he did.

Winning the fight of your life . . . starting today

‪Discipline, like passion, comes from within. You won’t find it on the outside because you have to... 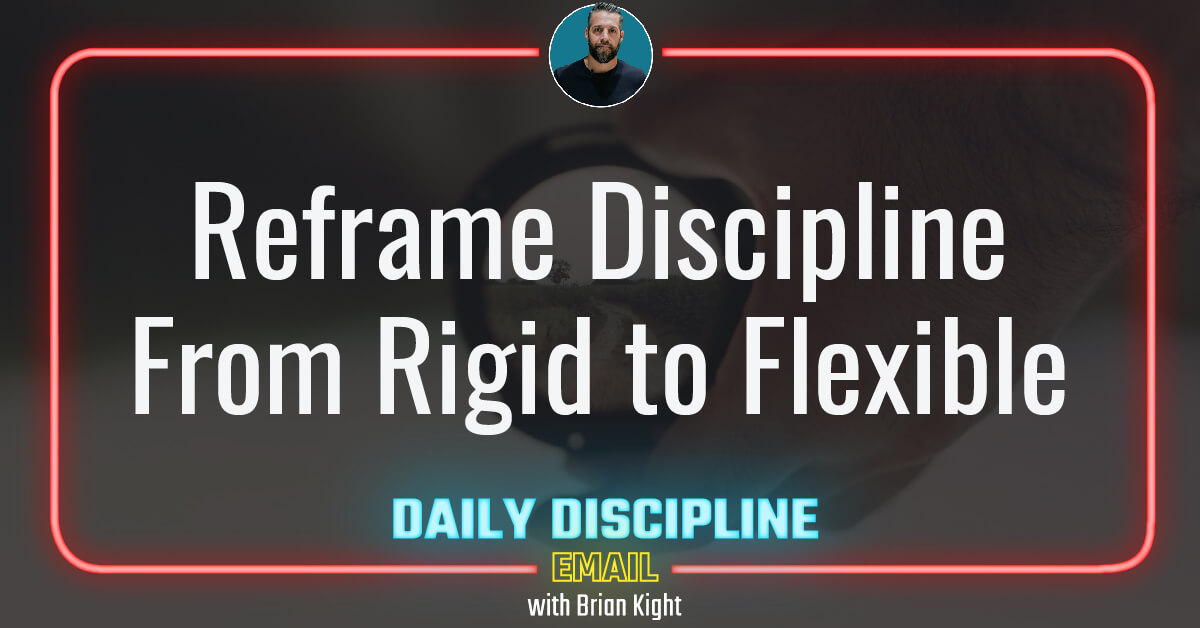 Reframe Discipline From Rigid to Flexible

I shared a post on my Instagram feed a couple days ago titled 7 Ways to Reframe Discipline From a...