But It Wasn’t My Fault!

Did you watch The Oscars on Sunday night?

That didn't stop my phone from blowing up at 10:30 pm with dozens of text messages asking if I had seen what just happened. Of course, it was all over Twitter, where I watched what everyone was talking about.

While presenting an award, comedian Chris Rock made a joke about Jada Pinkett's short hair. Will Smith, Jada's husband, then walked on stage, slapped Chris Rock hard across the face, turned around, and walked back to his seat.

A visibly stunned Chris Rock attempted to compose himself. From his seat, Will Smith continued to yell at Rock until Rock replied and again tried to move on with his presentation responsibilities.

The first thing that needs to be said is we don't have the full context of Will Smith, Jada Pickett, Chris Rock, or the dynamics of their relationship. So I'm not going to make assumptions or judgments, and I encourage you not to make them either.

With that in mind, there are lessons here. Probably multiple, but two I want to highlight today. Both are core tenets of E+R=O (Event + Response = Outcome).

You cannot control what people say to you or believe about you, only how you act in response. Make sure your actions reflect who you are. In this life, people will treat you in many different ways, not all of them pleasant. As I've said before, it pays to train yourself to control your response when a situation becomes tense and your emotions are running hot. If you can't stay in control of yourself, it will end up costing you most of all.

An unfair circumstance, even a potentially mean-spirited one created by another person, is no justification for an impulsive or undisciplined response. On the contrary, when an event gets difficult, you need disciplined training to be at your best. Otherwise, you are likely to turn a bad situation into a disaster and miss your opportunity to turn that bad situation into a shining moment of humanity, grace, and personal responsibility.

Your circumstances and the people in them are beyond your control, but they are not above your influence. Maximize the effect of your actions by staying in control of yourself.

Decisions you made in the past might have put you on a path that isn’t right for you now. You... 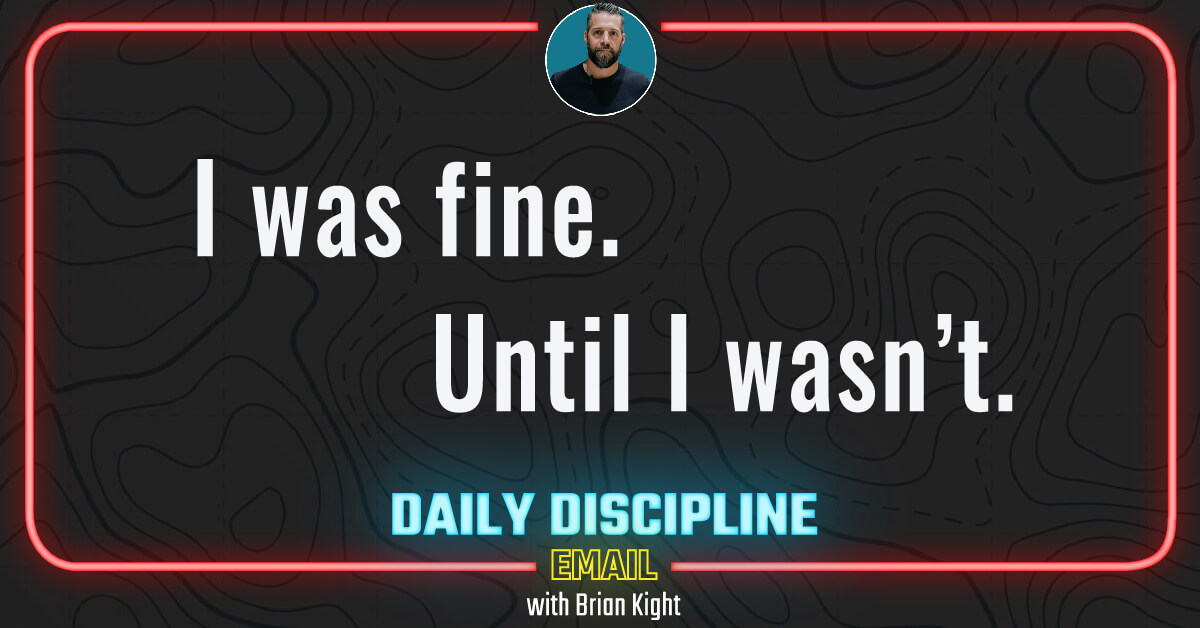 I was fine. Until I wasn’t.

Half-way through my first semester of college in Northeast Ohio, it was clear to me I was in the...