<< Back to Feed
Standards

Fit In or Stand Out?

I began writing a note yesterday about how to stand out by setting higher standards of personal excellence. People tend to accept average or wait until someone else demands excellence from them.

Anyone who sets uncommonly high personal standards and demands excellence from themselves is an outlier. They separate themselves. They stand out.

As I finished the first paragraph, it occurred to me that the premise of my message was flawed. Yes, excellence separates you from the crowd. But, self-initiated high standards of excellence will significantly separate you.

"Do people really want to be separated like that?" I asked myself. "Do they want to feel different, distinct, and set apart from others?"

Many of you are struggling with this conflict right now. You see a need for improvement. You want to live, lead, or push for higher standards, away from average and towards something better.

You want to drive excellence, you may even need to, but you know it will separate you from the group. You will stand out rather than fit in. You risk losing your place, your bonds, your belonging. And you cannot guarantee that your drive for excellence through higher standards will motivate others to join you and deliver outstanding results.

It feels emotionally like a considerable risk with no guarantee. It might feel like the odds are low that you could make a meaningful difference. That makes the danger feel too big. Too much to even go through the effort.

The rationalization sounds like this: "Better to fit in, hold my position, not disrupt things, and keep myself in good standing with the group than risk separation, isolation, and rejection by pushing higher standards."

In some environments, the only way to fit in and belong is to display and deliver the highest standards of excellence. The people in these types of cultures demand the best at all times. They expect you to drive extraordinary discipline, not wait to be driven to discipline by someone else. These environments are exceedingly uncommon. If you belong to one, you know that. You know why too.

For everyone not currently part of an environment like that, you have a decision to make.

Stand out because you drive higher standards in pursuit of excellence.

Fit in because you also accept lower standards and less than excellence.

You decide, not your surroundings.

Create excellence where you are

Excellence is not a natural state. In many ways excellence is uncommon specifically because it is... 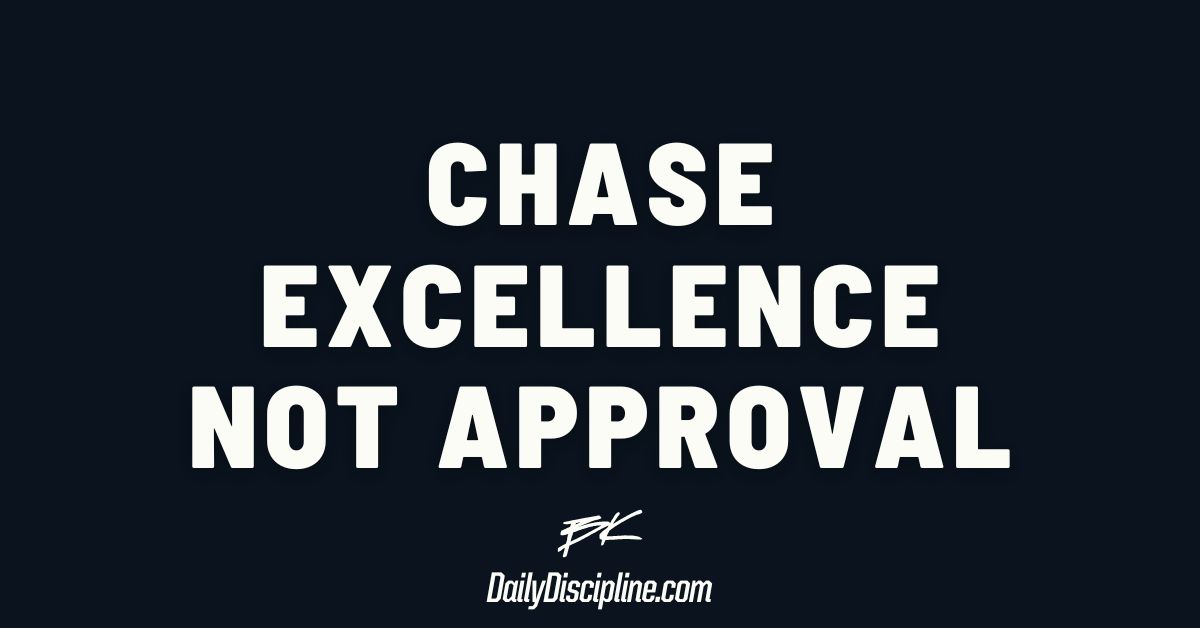 Excellence makes you stand out. There is no doubt about that. Whether that separation is good or...