<< Back to Feed
Discipline The Path

A lot of people believe a disciple is a deeply loyal, obedient follower of some kind of leader. That perspective isn’t always wrong, but it isn’t accurate either. That belief probably stems from the famous 12 disciples in the Bible.

A disciple is a student. It doesn’t mean obedience, loyalty, or followership. It’s being a student of something specific. You can be a disciple of Stoicism, airline reward travel strategies, deadlifting, or guitar techniques. It doesn’t require a person to follow, only a skill to study.

We can also refer to disciples as people who are students of a particular person’s methods or teachings.

Tony Robbins has disciples because millions of people study and live by his teachings. Nick Saban has disciples, as does Ryan Holiday, Elon Musk, Martin Scorsese, Gary Vaynerchuk, Joe Rogan, and Eric Clapton.

Problems happen because people attach their discipleship to the person rather than the principles. They get caught in the vortex of charisma. That doesn’t change the meaning of a disciple though. It means their view is distorted.

I share this for self-reflection of your discipleship. Your journey as a student is not over. Not even close. What you are a disciple of now guides the disciplines that shape your life ahead. 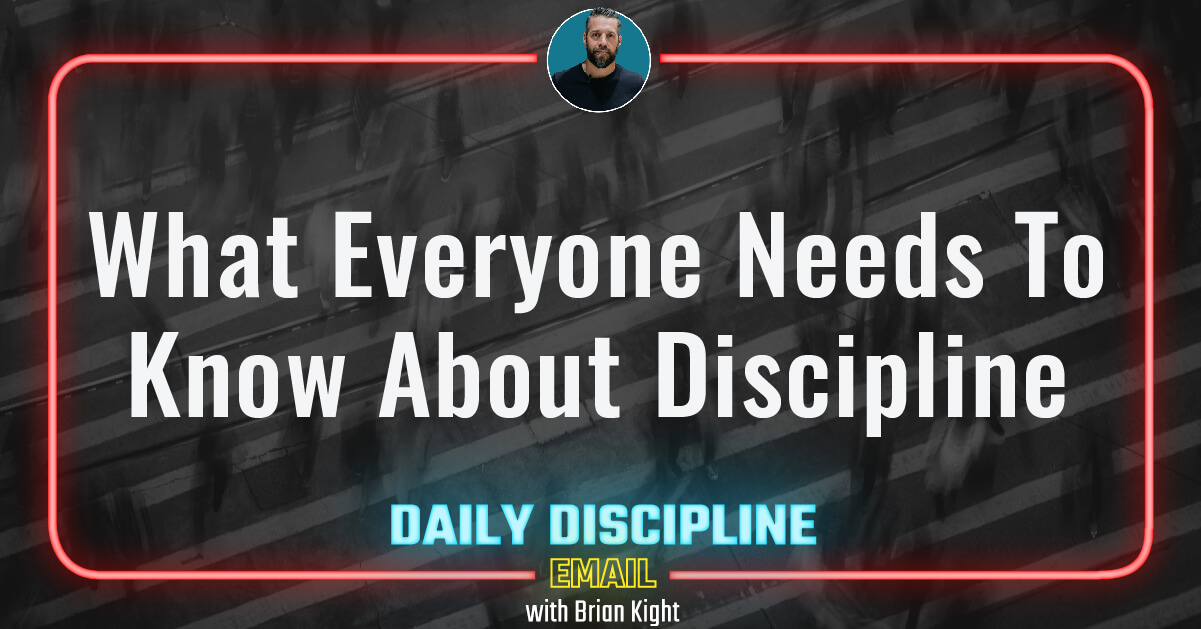 What Everyone Needs To Know About Discipline

Nothing gets worse when you apply discipline to it.