<< Back to Feed
Fear Reflections

Two friends are talking at happy hour after work. They’re discussing the next steps in their careers. Both have big opportunities to make job moves. Each of them is interested, a little nervous, and hesitant.

One friend has his eye on a senior leadership role in his current company. It’s a 60% salary increase and he would run the region. At the same time it would add new scrutiny and mean becoming the boss of his current colleagues and friends.

The other friend heard a local company is hiring for a role he’s never done but always believed he could do well if he got a chance. It offers a lower base salary with no limit on top end performance-based compensation. It’s not as predictable and reliable as his current job but it would give him more control over his time and upside opportunity.

Over the next month each of them weigh the pros and cons of their decisions. Back and forth it bounces in their minds. When they close their eyes at night they picture all the ways it could go and imagine all the things that could happen.

He decides to stick with his current role rather than go through the whole process just to get turned down.

The second friend decides to apply for the new role in a different company. It turns out 167 other people have applied for three available positions. Only 20 will make it past the phone screening to in-person interviews. He sends in his resume, answers a 30-item questionnaire, and waits.

He makes it to the phone screening, impresses, and moves forward to interview in-person. He’s one of 10 final candidates to fill three available positions. Then he gets notified he didn’t make the cut. After six weeks of progress and promising signs the company hired someone else.

Both friends end up in essentially the same situation they started. Neither of them got what they wanted.

Which one really failed? 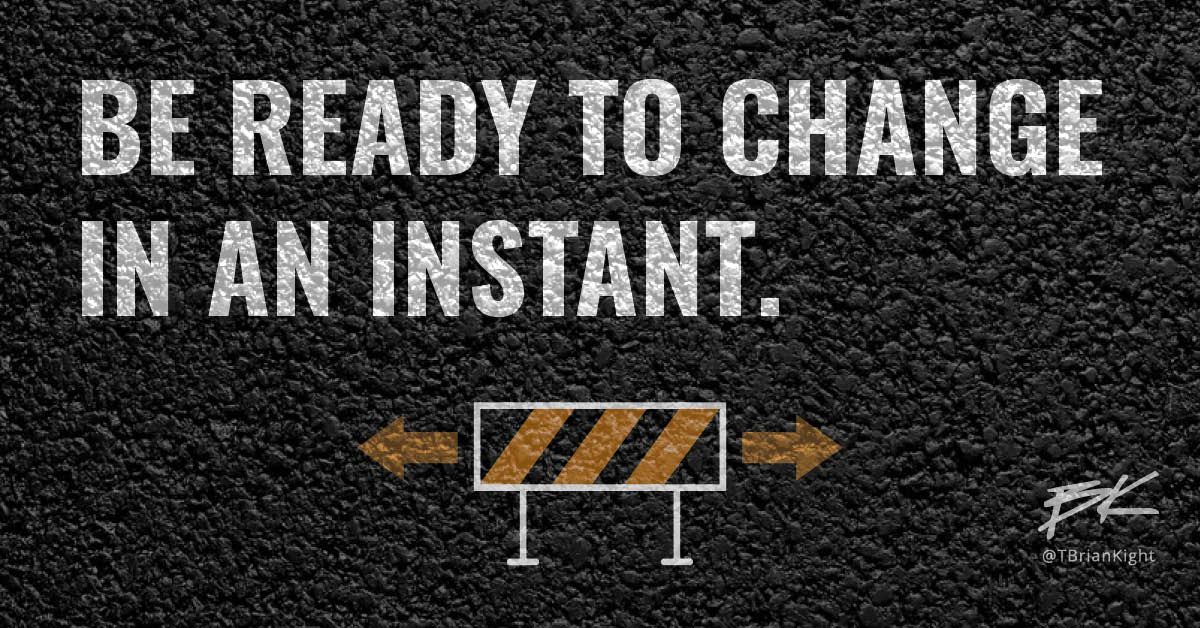 Be ready to change in an instant

Predicting the way things are going to happen is hard. You can observe and guess, but that’s the...

Good morning. This is a note of appreciation for you. Of all the ways you can spend your time and...