<< Back to Feed
Circumstances Change Reflections

I respect anyone willing to make transformational changes. I respect it in any circumstance from anyone, but I especially admire it when it’s done before a crisis or other circumstance forces it.

Reactive cases like these are usually a sharp realization of what has been true for a while. When circumstances reach crisis level, transformation suddenly feels like a better path, especially if the other paths lead to a form of destruction.

Sometimes the crisis is a discovery moment. It reveals something previously hidden that suddenly becomes clear. More often than not though, it’s not a discovery of something new. It’s a forced acceptance of something known that has been ignored for too long.

It’s never too late for a transformation. I want you to know that. It’s not too late. It will never be too late. The past is done, yes, but the future awaits. As long as you have today, you have the power to change your tomorrow.

Speaking of tomorrow, in the next message I will share my own personal practice for how I approach transformations in my own life. Hint: it does not involve waiting for a crisis, but you can still use it if you’re in one. 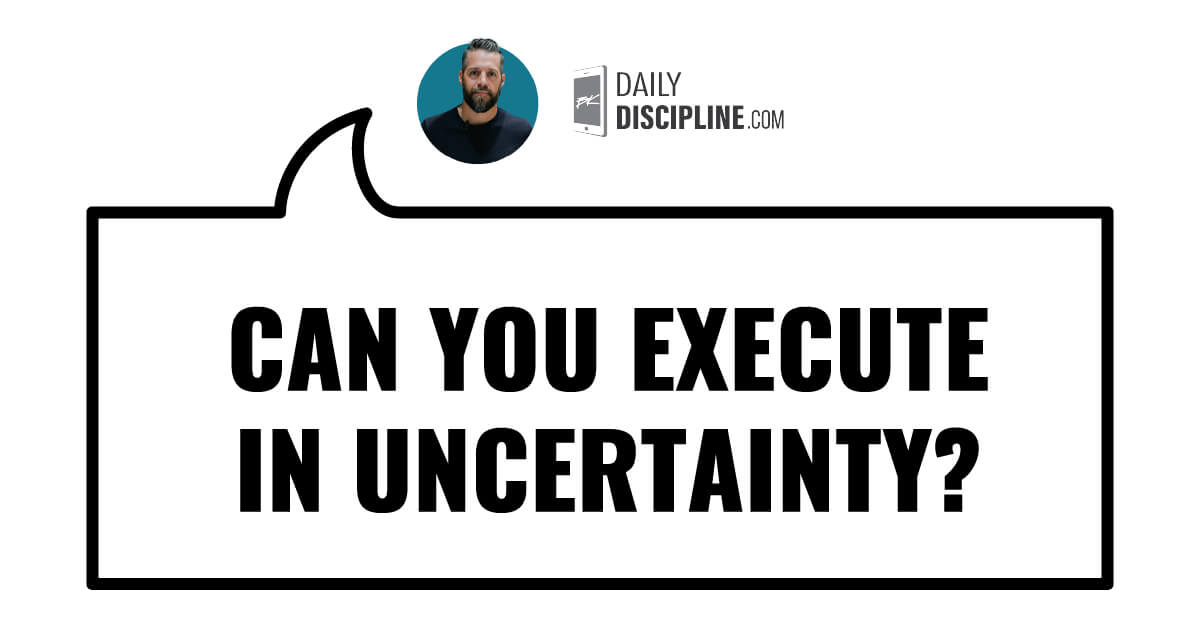 Can you execute in uncertainty?

When inconvenient circumstances like last minute problems are dealt to you, how you choose to...