<< Back to Feed
Discipline Timeless Truths

One lesson from two dead men that never spoke

In a book titled “Dialogues of the Dead” (Lord George Lyttleton, 1760), the author imagines conversations between two historical figures with no real-life connection, sometimes separated by centuries, and both long deceased.

The book is a work of fiction, but its purpose is to explore truth and principles of practical and philosophical value.

Lord Lyttleton imagined one conversation between Servius Tullius, the sixth king of Rome from 578 to 535 BC, and Marcus Aurelius, the Roman Emperor from 161 to 180 AD, the last of the Five Good Emperors.

Their conversation begins with a discussion on the merits and mistakes of their time as rulers. Tullius makes the case that his legacy might be superior because, as king, he granted the Roman people freedom. When the immense power of the king was placed in his hands, he diminished and limited that power by giving liberty to the people.

Marcus Aurelius considers this and eventually replies, “The gods themselves cannot force their blessings on men who by their vices are become incapable to receive them. Liberty, like power, is only good for those who possess it when it is under the constant direction of virtue.”

Even though this is an invented quote from a fictional version of Marcus Aurelius, it reflects what I would expect him to say. The power that comes with liberty and freedom benefits those who deploy it with virtue and destroys those who drift too far from virtue.

This passage reinforced that some gifts, even self-evident rights like freedom, require the guidance and temperance of secondary disciplines to ensure their integrity and positive impact.

I mirrored Marcus Aurelius’ structure and came up with three examples that could apply to any of us at a personal level:

Follow these examples and create your own. Like freedom needs virtue, what gifts require the support of a secondary discipline to fulfill their promise? If you are in a team or group environment, discuss them together.

You can win without the best talent 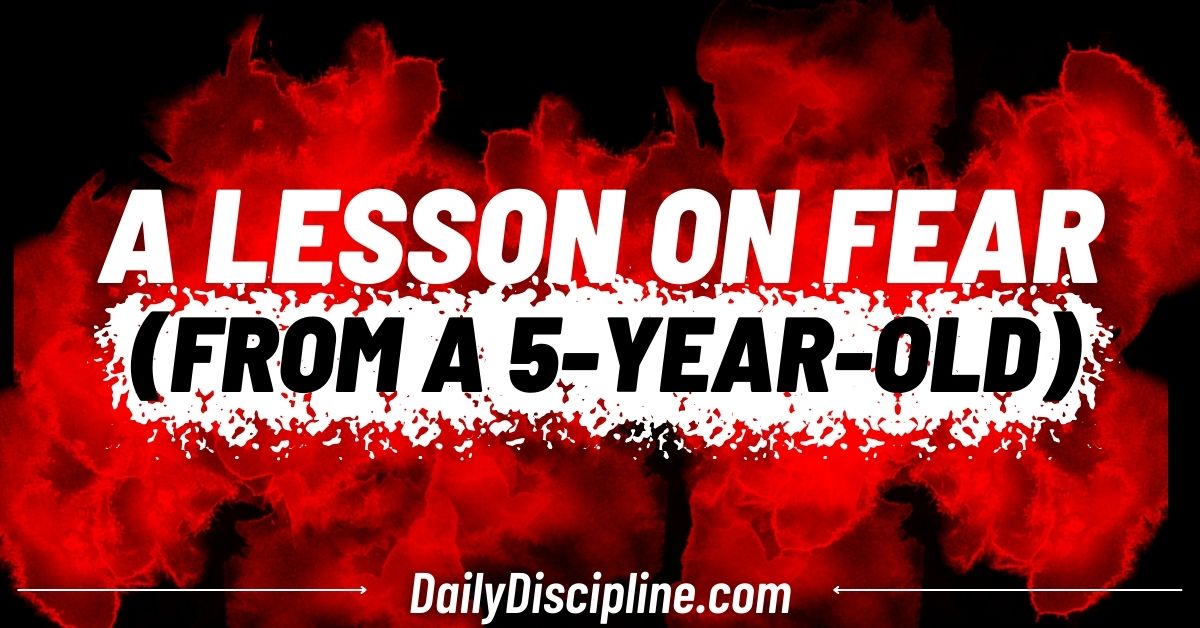 A Lesson On Fear From A 5-year-old

Yesterday was our son’s 5th birthday. We celebrated hard. Five is a big deal. I don’t know why. It...