<< Back to Feed
Discipline Action

The Excellence Of This Moment

Of all the barriers to behavior change, psychological barriers exert the most influence. More often than not, it isn’t capability that limits disciplined behavior, but willingness. It’s rarely the behavior that’s the issue, but rather how you think about the behavior.

The psychological barrier I want you to consider today is the hesitation or refusal to start something you’re not sure you can sustain. You can’t predict the future but you can control yourself in the present. Focus on excellence in the immediate. Don’t concern yourself with sustaining a high standard. You can’t sustain what you’re not doing.

Never sacrifice your discipline now because you doubt you can keep up that discipline later. Meet each moment with discipline and the future will take care of itself. Disciplined action begins in the disciplined mind.

Yesterday we discussed the value of doing hard things, which is so important I’m mentioning it... 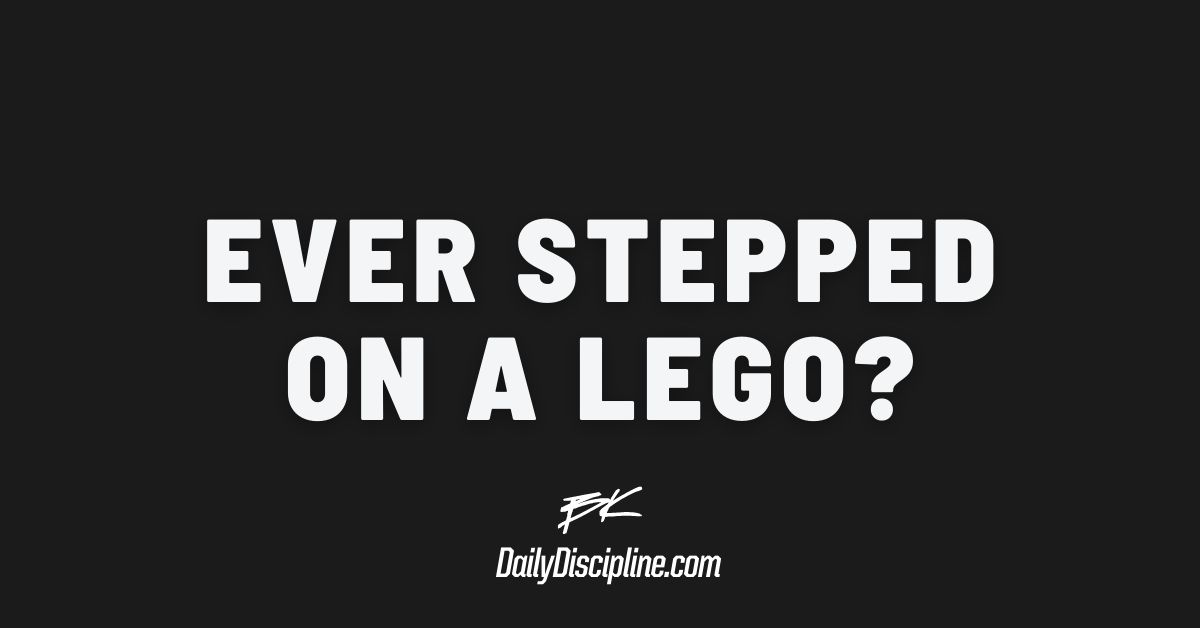 Ever Stepped On A LEGO?