<< Back to Feed
Circumstances Mindset Awareness

The Purpose of “Trash Truck Friday”

My son’s favorite thing in the world was trash truck Friday. From the moment he could walk the sound of the trash truck coming would send him sprinting through the house, out the front door, and down the driveway in his superhero underwear.

Like a lot of kids, he thought the big machinery was cool. The best part for my son though wasn’t the truck. It was the crew of guys working on the truck. We always had the same driver and same two guys working in the back. They were the best.

The reason my son would sprint outside every Friday was to see those guys. He ran outside because he knew they were expecting to see him too. The driver would honk to let him know they were coming and the other guys would hang off the back looking for my son to come out.

Then he’d run to the back of the truck, fist bump both guys, and they’d act like it was powerful and hurt their hands. When they drove away he would chase the truck as far as we’d let him and wave like it was the Titanic leaving the harbor and they’d wave back like they were departing passengers. Every time.

We did this for close to three years. My son loved it. I loved it.

Eventually that crew stopped working our route. The new crew either didn’t have time or interest to interact with my son. He tried but they weren’t into it. At some point my son just stopped going outside and that was the end of trash truck Friday in our house.

They were the highlight of my kid’s week, not the truck. They knew it. They looked forward to it. They had fun with it. They made it special. And they loved it.

We were one house on what I’m sure was a long day serving a lot of other houses. But when they pulled up to our house they made my son feel important. They created that for him when they didn’t have to. They chose to because they were good men and it mattered to them.

You can find purpose anywhere. You can create purpose in anything.

So look for purpose and act from purpose no matter who you are, where you are, and what you do.

You can’t protect people from the truth

Trying to please or protect someone by avoiding painful truths only makes things worse, for you and... 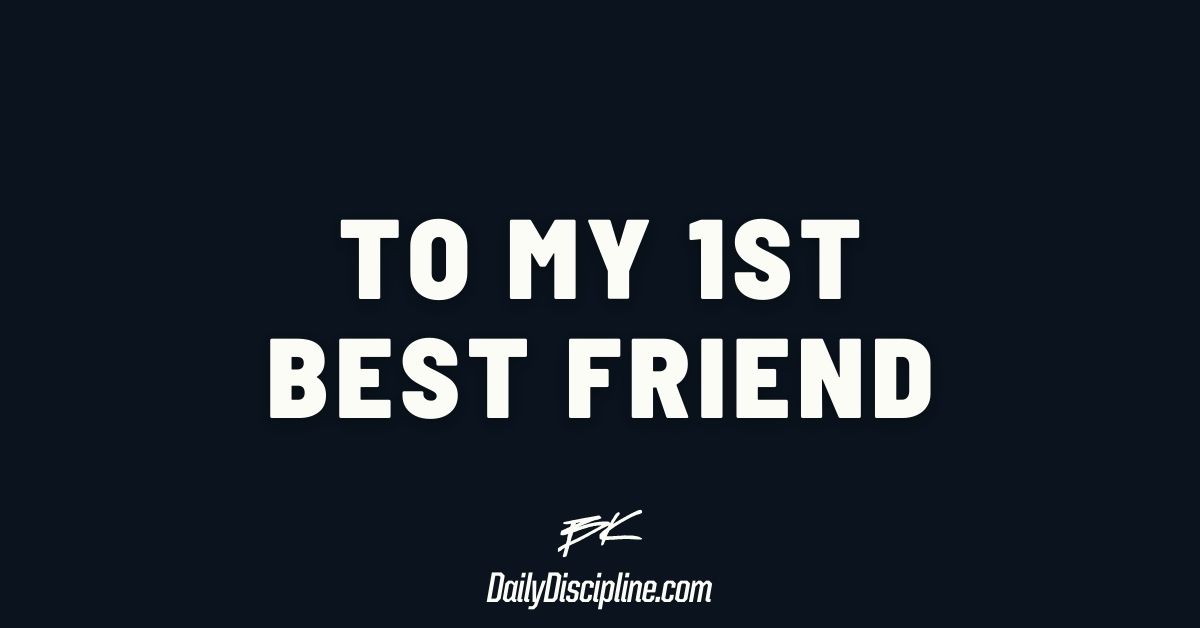 To My 1st Best Friend

I came home last Friday night from a three-day work trip to the west coast and saw something our...