<< Back to Feed
Mindset Relationships

When A Heart Touches A Heart

I heard a story I want to tell you. There’s no way I can write this without a few tears but I’ve got to share it. It involved NFL quarterback Tom Brady and a 9-year-old boy named Noah.

Noah lives in Utah and has brain cancer. His dad promised him that when he was healthy enough, they’d go see Tom Brady play in-person. By this past summer, Noah’s brain cancer was gone.

He and his parents traveled to Tampa to see Tom Brady and the Buccaneers play the Chicago Bears. Noah brought a sign that said “TOM BRADY HELPED ME BEAT BRAIN CANCER”.

Near the end of the game, Brady noticed the sign. He walked over to the stands, introduced himself to Noah, and said, “Nice job buddy.” Noah’s Dad told Brady, “You sent Noah a video earlier this year giving him encouragement and strength when he was fighting brain cancer. We came to say thank you. He beat it.”

Turns out Brady heard Noah’s story earlier this year and sent him a personalized video, but didn’t realize the boy in the stands was Noah until his dad explained. What Brady also didn’t know was that Noah watched that video over and over, almost every day during his hardest battles with brain cancer.

Tom Brady didn’t give Noah any treatments. Noah’s doctors did. Brady didn’t take care of Noah. Noah’s parents did. What did he do for Noah? The 9-year-old boy explained, “I mean Tom Brady thinks I can beat cancer so I mean, I guess I can beat cancer.” What Brady gave Noah was hope, belief, and a stronger heart. When he was asked what he’d say to Tom Brady if he could talk to him, Noah said, “I would just say . . . ‘Thank you’”.

This story first touched my heart for Noah and his parents. Their anguish through this experience must only be surpassed by their pride in Noah’s strength and relief at his recovery.

The second thing that touched my heart was the impact of Tom Brady’s humanity and how all of us are capable of it if we’d only realize its power and use it. This is not a celebrity story. It’s a humanity story. It’s the story of a man giving courage to a boy who needed it and the impact that encouragement is having on people’s lives.

This may hurt to hear, but it’s the truth

You can think about it all day. You can make plans all week. You can come with the best intentions. 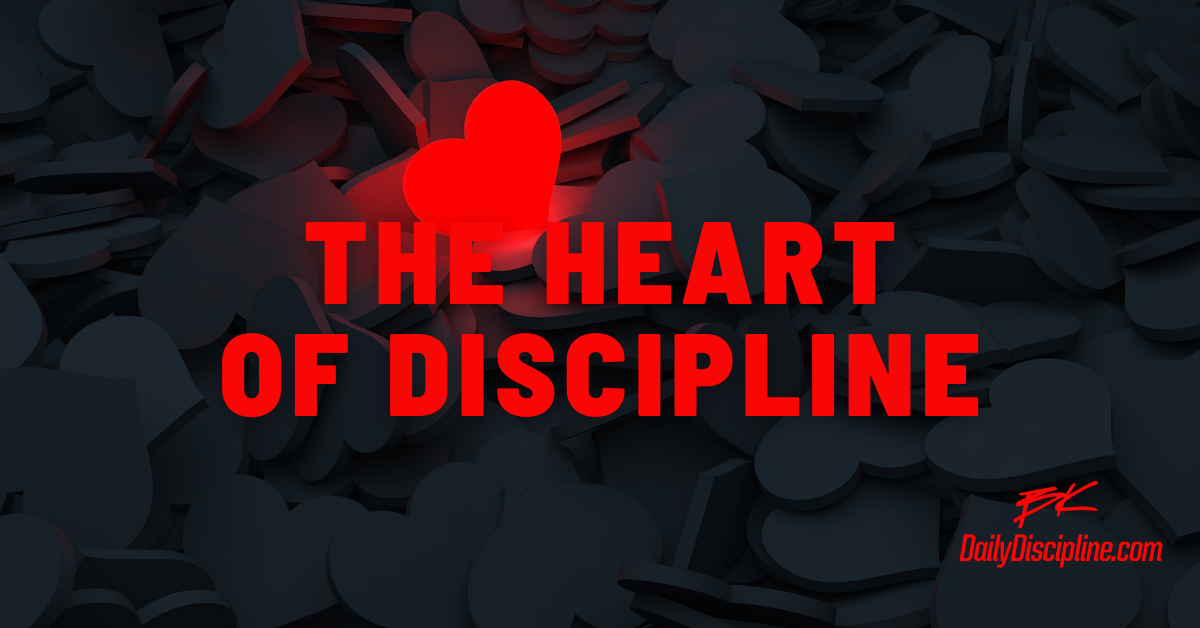 The Heart of Discipline

I think of discipline in my life as a process of alignment and refinement.